The purpose of the project is to gain more knowledge about saponin - a by-product from quinoa product - and its application with an eye to establish an innovation center and a pilot-refinery plant in Bolivia in the long term.

Saponin is a glycoside, which is naturally present in different plants with the primary purpose to protect the plant against fungus and pests. It can be used for a number of different things and saponins in its pure form, which can be utilised by the industry to a certain extent, are primarily produced in Chile and China with large environmental costs due to for example deforestation. It is the purity of the substance and the specific molecule composition that defines, which field of application the individual saponin preparation has and, thereby, also the price. Today, the price differential of refined saponins is between 25 DKK per kg to about 5000 DKK per kg for the most expensive and most pure forms.

Quinoa is a crop, where the production is increasing, as it is hardy in relation to heat and drought and it has a good nutritional value. The production grows with around 20 % annually, and concurrently with an increased international demand, the industrial processed quantities of quinoa has risen dramatically. In this context there is a final polishing of the seed, which results in 4 % flour from the peel or raw-saponin. This means that Bolivia currently has more than 4000 tonnes raw-saponin. Today, the raw-saponin is deposited in graves or quarries for payment, or alternatively it is being flushed into rivers. At present more than 1500 tonnes raw-saponin is being flushed annually into the rivers in Bolivia with huge consequences for the aquatic environment, and lot least the fish and wildlife.

Borregaard Bioplant, which is one of the partners in the project, estimates that there are great economic, research and environmental perspectives in:

The project is carried out in order to make a feasibility study of the potential of raw-saponin from quinoa production, an estimate of the costs of establishing a Saponin Innovation Center in Bolivia, as well as a study of IPR possibilities.

The other partners in the project, apart from Borregaard Bioplant, are University of Copenhagen, Danish Technological Institute and Agro Business Park/Innovation Network for Biomass (INBIOM). The project is co-financed by Biovalue SPIR. 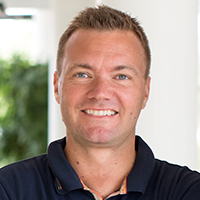 or send an email to

Innovation Network for Bioresources focuses on intelligent production and utilisation of biomass in the transition to a biobased economy.